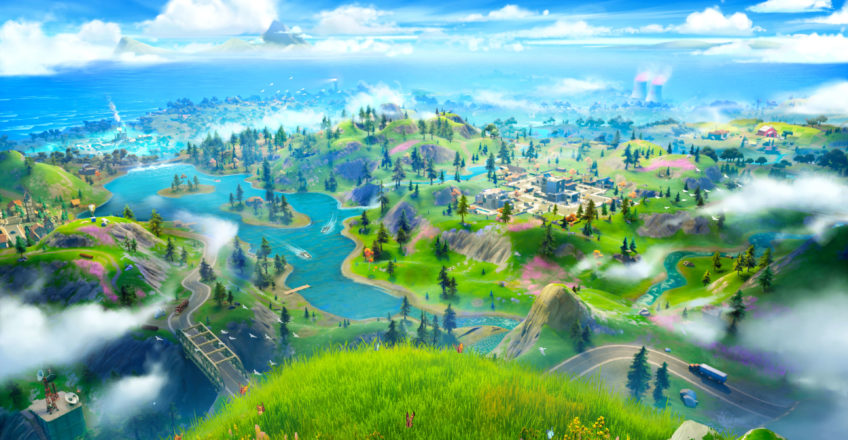 Fortnite is a fast-paced online shooter where players compete to be the last person (or team) standing. The game is a mix of survival tag and Minecraft as players build forts, find weapons, and try to outsmart (and outlive) their opponents.

Game play is short but designed to keep players coming back. Players have to practice to win a round (there are 100 players in a given game) and getting a win in Fortnite is a big deal — especially if real-world friends are into the game.

One of the downsides of Fortnite is the need to purchase each new season (or earn it with 100+ hours of gameplay). The game also heavily promotes buying in-game items and clothing for characters, which it updates periodically to keep people interested.

Conclusion: The frantic gameplay, in-game purchases, requirement of ongoing payments to play, and game design that causes it to be unhealthy for many players, Fortnite earns a “Skip It” grade.

Characters: 2/5. Without a storyline it’s hard to decide if your character is a good or bad person. At the very least this is a game of survival, and you are always working to put your survival over that of others.

Themes: 3/5. The only real theme present is survival at all cost. Shoot them, trap them, trick them, or hunt them down, do whatever has to be done to win. A sub-theme is that apparently only beautiful people make it into this combat arena.

Violence: 3/5. While all violence is cartoony it is rapid and varied. You can use everything from melee weapons to rocket launchers to eliminate opponents. There is no blood, and no executions on weak opponents, but the sheer volume of death is enough to be of note. There are cries of pain from injured opponents and fairly lifelike death sequences before they are teleported away.

The game goes for more of a “tag” feel, like a nerf-dart battle, but the intensity of combat keeps the score lower on this one.

Language: 2.5/5. Fortnite is only played online against real people. It’s a highly competitive game and the internet tends to be a place where people openly voice their frustration – frequently with colorful language.

Play Time: 1/5. This game boasts play times as low as 15 minutes. Yet the game itself says the Battle Pass, that it encourages you to purchase with real world cash, takes 75-150 hours to earn every 10 weeks. This game requires practice, which requires time, which makes it a potential distraction to our other possibilities in life.

Game Experience: 2/5. Fortnite builds itself on the kind of eye-numbing flashiness of a great action / shooter game. It is highly stimulating and real life will struggle to keep up with the pace and intensity of the game.

The battle arena format is intense. You have to choose what’s best for you over those of others. Its gladiatorial battle feel is pretty intense both thematically and for the player who is actively trying to survive.

Talk to your child about:

1. Violence and survival. Solomon, known for his wisdom, said that there is a time for everything under the sun, including a time to kill and a time to heal (Ecclesiastes 3:3). When is the right time to fight? What is something worth fighting for?

2. Jesus was very clear that violence was not what he came to establish. In fact, he warns Peter that “all who draw the sword will die by the sword” (Matthew 26:52) when Peter tries to attack the guards who came to arrest Jesus. Yet he points out that he could call twelve legions of angels to protect him (something like 60,000 of them). So it’s not that heaven doesn’t have armed troops, it’s just that this was not the time to use them. This was a mercy mission. Talk to your child about how we prayerfully know our mission and walk, like Jesus, in only what God tells us to do (Ephesians 2:10, John 5:19, 8:28, 12:49).

3. Why might Fortnite (and it’s developer Epic Games) make in-game purchases such a big part of their business plan? What are the benefits of purchasing new skins and clothes for characters? What potential downfalls might there be for players?

4. There are some definite messages about body image here. Talk with your child about what this game, and most mainstream games, say is supposed to be attractive. Talk about how what it means to guard our hearts, to respect others, and to love the body we’re given without wishing we were someone else.

Get a feel for the game, and their promotional focus, by watching the release trailer for Fornite Chapter 2, Season 2.