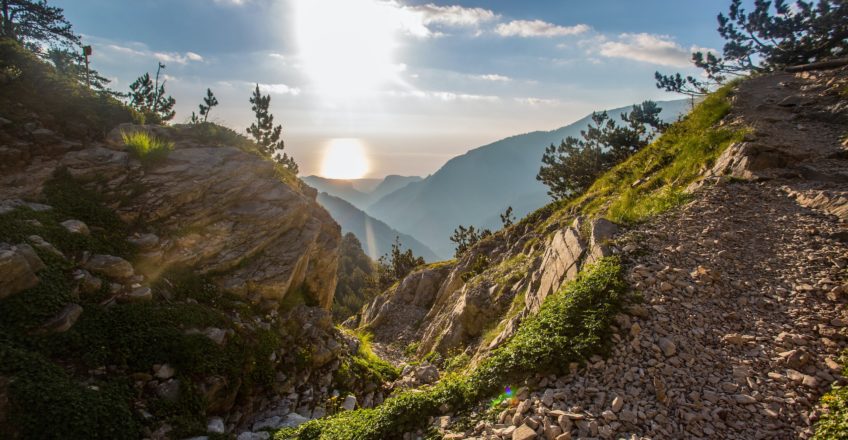 The legend of Marathon tells a tale of how the Persians invaded Greece and were met with resistance from the Athenians. The Athenians were not known for their brilliant military careers. In fact, a few years after this invasion the Athenians would have their sandal-clad derrieres handed to them by the neighboring Spartans. But that was in the future. For now the world-conquering Persians had arrived en masse on their doorstep and fighting them alone, and outnumbered, wasn’t a something relished by the people of Athens.

The plan was pretty simple: Get the Spartans to come and crush these bullies with their angry, ascetic abs. This plan came tumbling down after the Athenian messenger was seen returning from his 150 mile run alone. This activated plan B: Run for the hills! They would have been packing up pretty quickly when that same runner came bounding up to the gate, stumbling over the hard, dusty ground to pronounce his final word: Nike! “Victory!“ before dying of exhaustion.

The Power of Good News

In Greek this bearer of good news would have been called an evangelos, and the good news he carried was called gospel. It’s from the example of these evangelos that we learn an important lesson about good news – it changes everything. Instead of packing up, the people of Athens were partying! Instead of visualizing slow deaths at the hands of the much-feared Persians, they were picturing the sweetness of safety and planning celebrations for their warriors.

What had changed? It wasn’t just that the Persians were being pushed back – the Athenians were still packing up while that was happening. It wasn’t until somebody told them the good news that their actions changed. That’s the crazy thing about good news: It forces a decision. Running to the hills would now seem silly, if not outright crazy. In a mere moment the best course of action when from fleeing to celebrating. What changed? The gospel.

Living Out The “Been Done”

Yet how often do we hear the Gospel of Jesus Christ and then act on fears? We hear the truth, and then we live like it’s a lie. It’s akin to the Greeks hearing of victory and then running for the hills in terror.

The Gospel of Jesus proclaims:

Friends, in Christ, you already please God. Without Christ you never can. The Good News, that victory is won in Jesus’ name, means today we can do all that God has asked of us: