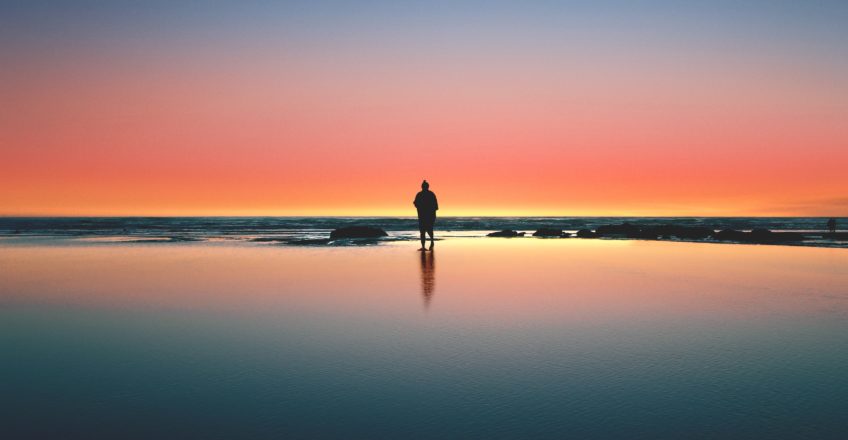 We Are Bored With Ourselves

“We are bored with ourselves, and often the most desperate, wasted hours are those we are forced to spend by ourselves”

Dietrich Bonhoeffer was speaking in the early 1930s when he spoke these words. They ring eerily true for us today, don’t they? In Mr. Bonhoeffer’s world there was no such thing as digital tech and, while there were fledgling entertainment mediums like recorded music, radio, and early cinema, there wasn’t anything on the scale of what we have today with high speed internet ported straight to 4k devices in our pockets.

Yet what he says is no less true for us. We are bored with ourselves. How often have we reached for our phones in a moment of desperation, hungry for anything other than the thoughts and fears we have bouncing around in our heads and hearts? How many times have we gone to social media just to fill the void that quiet and solitude brings us? How many digital adventures have been embarked for no other reason than to smother the fact that we can’t get away from ourselves?

In the 89 years since Bonhoeffer wrote these words a lot of technology has changed, but people haven’t. We still hunger for something greater than ourselves, and we still turn to noise, distraction, and busyness in hopes of avoiding the truth: We are bored with ourselves.

Today we are very good at distracting ourselves. I’ve noted previously that there are 532 scripted shows currently available on television, and that doesn’t include the movies, documentaries, and other non-series content. It also doesn’t include a $40 billion dollar gaming industry (ESA)or a pornography industry that accounts for something like 30% of internet traffic (Extremetech). In the last century we have become very adept at making ourselves busy.

Mr. Bonhoeffer took his own advice and made space for quiet and letting God battle his heart so he was satisfied with God even if not with himself. His quiet conviction that he was not enough led him to start a Christian community trying to live as Jesus tells us to (read Life Together for more on that project). He also wrote The Cost of Discipleship, his account of what it truly means to pick up our cross and follow Jesus. It was this idea of a cost in believing Jesus and doing what he says, that led him to be a part of Project Valkyrie – the famous failed attempt to kill Adolf Hitler and stop the Nazi Regime. Bonhoeffer was arrested and eventually killed in a Nazi prison just days before the collapse of the regime to Allied forces.

Dietrich Bonhoeffer had no idea the world of tech that would follow just a few decades after himself, but he did know this: We are desperate for something other than ourselves to have meaning. He also knew the only way we can achieve true peace is to be connected with the one who designed us and can give our hearts rest. We don’t have to be afraid of being alone because in Jesus we are never alone.

This lesson is critical for our spiritual survival. Paul reminds us that our best efforts still leave us spiritually dead (Ephesians 2:1). He’s not being mean, he’s only saying exactly what Jesus said:

“Whoever abides in me and I in him, he it is that bears much fruit, for apart from me you can do nothing.”
(John 15:5)

This is what Bonhoeffer is saying: We are bored of ourselves. We reach our ends pretty quickly and we start to fill in the gaps with stuff. In our lives it’s often digital stuff. When used in this way our stuff is not passive, it actively blocks our ability to remember just how much we need Jesus. Our distractions can numb pain of our soul sickness and make us think we’re better off than we are.

So before you grab that phone today, before you post or search for anything, ask God to remind you of the source of your fruit and joy in life. Spend time reading God’s word and, more importantly, meditating on it. Digest some of the good news he has for you and let that produce fruit in everything that could otherwise be a distraction. Only in him can you and I have the joy we are meant for, because without him we only have ourselves – and that’s a terrifying idea.

If you want an amazing book on Bonhoeffer’s life, read Pastor, Martyr, Prophet, Spy by @EricMetaxas.  If you’re not a reader you can check it out on Audible (I don’t get paid for these suggestions – I just think they’re amazing resources).